Joke of the Week

Today, February 22, is Washington’s Birthday. In remembrance of our first President, two jokes:

If George Washington were alive today, why couldn’t he throw a silver dollar across the Potomac?
Because a dollar doesn’t go as far as it used to.

There was a boy who had to use an outhouse and he hated it so bad. One day it started to rain really hard and the path to the outhouse got the bank all slippery and wet and they boy fell down and got muddy. He was  so mad that he decided to push the outhouse over. He did it and later that night his father asked him if he had toppled the outhouse. Son: ”Yes.” His father told his son to come with him to get his whipping. Son: ”George Washington didn’t get in trouble when he chopped down the cherry tree because he was honest.”Father: ”But George Washington’s father wasn’t in the cherry tree when he chopped it down.”

TWO FOR ONE CHILDREN’S BOOK SALE 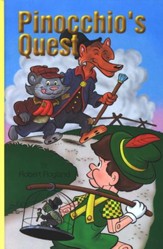 Luther’s 95 Theses for the 21st Century

John the Baptist was the forerunner of Jesus. He called the people to repentance and he baptized them as a token of repentance (Mark 3:4). But he warned those who came out to be baptized by him that baptism did not wash away their sins ex opera operato (a Latin phrase meaning “by the work done,” a phrase expressing the Roman Catholic view of the effect of water baptism.) Baptism was a token, or sign, of repentance. John made it clear that repentance is not simply sorrow for sin. Sorrow for sin, a hatred of our sin, must produce not only inward grief, but also show itself in a changed life.

[John] said therefore to the crowds that came out to be baptized by him, “You brood of vipers! Who warned you to flee from the wrath to come? Bear fruits in keeping with repentance. And do not begin to say to yourselves, ‘We have Abraham as our father.’ For I tell you, God is able from these stones to raise up children for Abraham. Even now the axe is laid to the root of the trees. Every tree therefore that does not bear good fruit is cut down and thrown into the fire.” And the crowds asked him, “What then shall we do?” And he answered them, “Whoever has two tunics is to share with him who has none, and whoever has food is to do likewise.” Tax collectors also came to be baptized and said to him, “Teacher, what shall we do?” And he said to them, “Collect no more than you are authorized to do.” Soldiers also asked him, “And we, what shall we do?” And he said to them, “Do not extort money from anyone by threats or by false accusation, and be content with your wages.” Luke 3:1-14

John was specific about repentance. He told tax collectors and soldiers to forsake sins for which their class was well known and told all who came to him to be generous with their goods—to withhold help from those in need is a sin of which most of us are guilty. The acts John prescribed were representative of the “various outward mortifications of the flesh” Luther referred to.

What about you? Has your repentance consisted of going through rituals? Has it been sorrow or regret for sin that you nevertheless make no effort to forsake? If your repentance is only inner regret unaccompanied by suitable outward change, that is, action that speaks to your particular sins, then it is “worthless,” as Luther said. Charles Spurgeon, the 19th century Baptist preacher, put it well: “Remember, the man who truly repents is never satisfied with his own repentance.”