Joke of the Week

A lawyer runs a stop sign and gets pulled over by a sheriff. He thinks he’s smarter being a big shot lawyer from New York and has a better education than a sheriff from West Virginia. The sheriff asks for license and registration. The lawyer asks, “What for?” The sheriff responds, “You didn’t come to a complete stop at the stop sign.” The lawyer says, “I slowed down and no one was coming.” “You still didn’t come to a complete stop. License and registration please,” says the sheriff impatiently. The lawyer says, “If you can show me the legal difference between slow down and stop, I’ll give you my license and registration and you can give me the ticket. If not, you let me go and don’t give me the ticket.” The sheriff says, “That sounds fair, please exit your vehicle.” The lawyer steps out and the sheriff takes out his nightstick and starts beating the lawyer with it. The sheriff says, “Do you want me to stop or just slow down?” 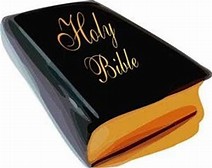 Christmas will be over in less than a week, and we have scarcely time to catch our breath before 2018 is upon us. Have you thought about New Year’s resolutions yet? I have two to suggest. First, get into a daily Bible reading plan. I recommend the Bible plan created and compiled by Craig. J. DesJardins. The Bible reading schedules are thematic or connective in nature. The goal is to make as many associations as possible between the different parts of Scripture while stil reading individual books of the Bible from start to finish. You can find a PDF of a daily calendar and a single-sheet PDF containing the daily readings suitable for folding and placing in your Bible at www.faithtacoma.org/information.

News of the Week: Man Knows Not His Time

Just fifteen miles south of where I live, a terrible accident occurred this week. An Amtrak train rounding a curve onto a highway overpass fell off the bridge onto Interstate 5. Six passengers were killed and about 70 people injured, mostly passengers but also some people in automobiles on the highway when the train fell on them. It was the first run of the Amtrak on a new section of track, and some of the passengers were railroad buffs who wanted to be on the maiden run. No doubt they were having a lot of fun when, in just a few seconds, six souls entered eternity.

Man knows not his time. As Scripture says, “Behold, now is the accepted time; now is the day of salvation.” Are you ready to be ushered into the presence of the Lord? If you’re not sure, read the Gospel of John, 1:1-18 and chapter 3. Believe on the name of the Lord Jesus Christ: his name means Savior. I’m always available to talk; email rdrogland@gmail.com.

We are about 2/3 of the way through the 95 Theses as  we continue our study.

Luther had no doubt that the indulgence hawkers saw the greatest grace of indulgences not to be the buyer’s release from purgatory, but the profit that accrued to themselves. Indulgences were of monetary value to them; that was what they saw.  To them value to the purchaser was of little or no account (Thesis 67).

In fact, the sellers of indulgences viewed the grace of indulgences accurately (Thesis 68)! Indulgences were insignificant graces for the purchasers, remitting only penalties to be satisfied in this life. The true grace of God is seen in his sending his Son to die on the cross for our sins. That grace is infinite in value.

Grace is God’s favor towards undeserving sinners. It is a gift, unmerited by those who receive it. It is the righteousness of Christ extended to all who repent of their sins and embrace Jesus Christ in faith. That righteousness is not Christ’s inherent divine righteousness which he had from all eternity, but rather his righteous life and death as the incarnate God-man, a life and death he underwent for us, in our place. It is ours by faith alone, as Luther would proclaim boldly in just a couple of years.

We live in an age where the true meaning of grace is not widely known. So often, those who do think of the grace of God think of it as favor that needs to be earned. This melancholy fact was true in Luther’s time; it is true in our own. Our generation needs the message that Luther would soon be preaching as much as his own generation did.

Those who grow up in the Protestant church need to hear the truth of God’s free grace in Christ as much as Roman Catholics and the unchurched do, for Protestant children often think in the same terms that most Catholics did before Luther burst on the scene. Their faithful minister may preach “Grace, Grace!” but they hear “Law, Law!” Someone once asked Luther why he preached salvation by grace alone through faith alone every week. He replied that he preached grace every week because his congregation forgot it every week.